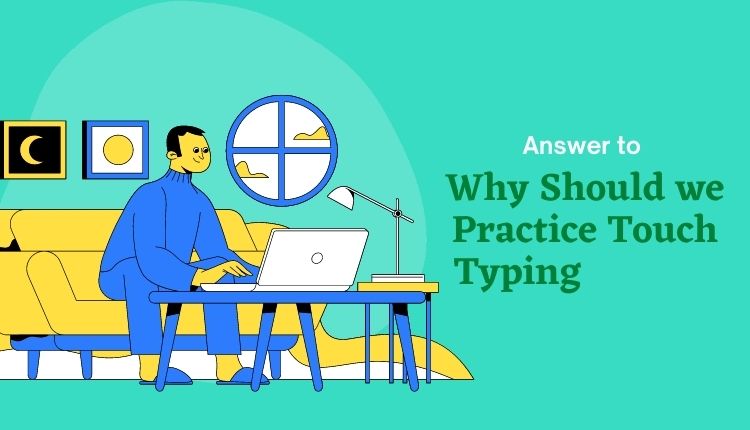 With all the hype surrounding Artificial Intelligence and Web 3.0, it is easy to forget that touch typing is a skill that still needs to be developed. Most schools ignore it, assuming the kids are on their laptops most of the time or that the time would be better spent elsewhere.

Microsoft's British branch conducted a research study on Typing skills and employment in 2014. The following is what they found out:

24% of employers say they have received reports of typing-related injuries, including repetitive strain injuries, from 45% of the British workforce that is not trained in ergonomic typing.

Our digital native generation should be hard-wired with this skill. It is important to make them aware that not all devices can be controlled through touch, pinch, or voice commands. The benefits of typing and touch typing are that they enable you to write, jot down ideas, and take notes without having to remember everything you do. This is an instance of cognitive automaticity, a state in which actions are performed without the need to think about them. A bike is something we never really forget and pick up when we have been away from it for a while.

What is touch typing short answer? 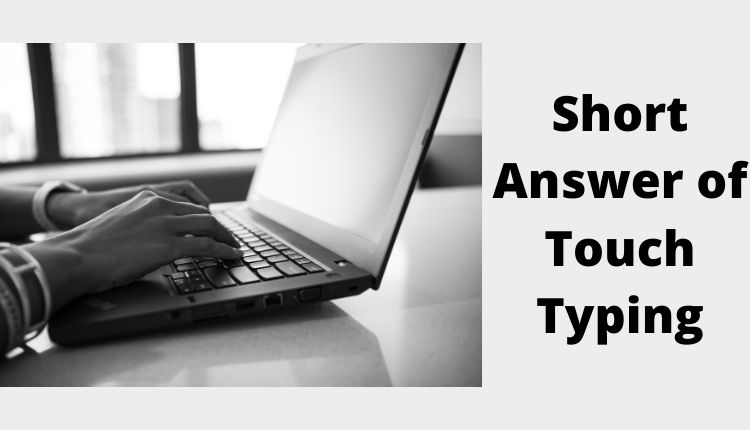 It is a technique that requires you to place different fingers on specific areas of your keyboard to type.

Your ten fingers are in charge of sections or columns on the keyboard, and each is in charge of one of them. The Home Row is where it all begins.

Is there a reason why the "F" and "J" keys are bumpy? It's up to you to determine whether your index fingers are on the home row or not.

As shown below, every finger has a dedicated area on the keyboard, starting from the home row.

Originally learned when typewriters were a thing, the technique still holds today, even more so with the Raise, but more on that later.

Why touch typing is important?

Video games teach everyone how to type on a keyboard when they are young. That's why most of us default to a technique called "gamer typing", which uses three fingers on one hand and at most two on the other.

We are now using the keyboard as a professional tool since we are grown-ups with "real jobs" and can't play games all day.

Typing has become an extension of our thinking, and it's nearly impossible to develop our ideas unless we put them down on paper and reflect on them.

Having a faster typing speed helps you develop ideas faster, which positively impacts your creative process. You can create faster when you type fast. To keep up, you must both be fast and think clearly.

Cognitive friction is the key concept here. Whenever you have to keep looking at the keyboard to transfer your thoughts into text, you won't be able to produce as much as you want in a limited amount of time. Nevertheless, you can make it work if you reduce friction. 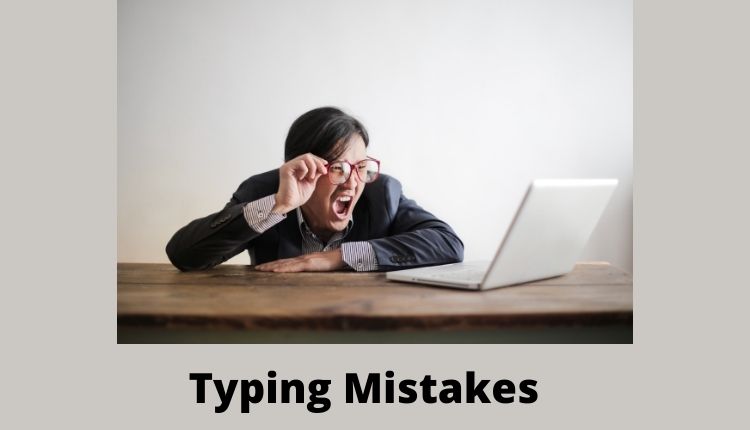 When people learn how to touch type, they make some mistakes and we'll briefly discuss some of the most common ones.

Most people cross their fingers over the letters "Y" and "B". You should always press the "Y" with the right index finger, but some people are used to doing so with the other index.

It's the same thing with "B", where you're supposed to press it with your left-hand index finger, but it's more commonly pressed with your right.

When learning how to touch type, the second most common mistake is using the wrong side modifiers.

The right-hand shift should be used instead of the left, for example, when pressing "Shift" + "A".

When you are pressing complex strings of keys like "Ctrl" + "Alt" + "A", using the modifiers on both sides makes more sense. When you press all the keys on your left side, you will force your hand into a weird position and this will slow you down. For this case, you should use "Ctrl" and "Alt" on your right side of the keyboard and press A on your left.

How to improve your touch typing skills?

Once you master touch typing on a normal keyboard, you have nothing else to optimize. The Dygma Raise keyboard, however, is where the fun begins.

Typically, keys that are pressed frequently are known as high-frequency keys. Standard keys include "Enter", "Backspace", "Esc", but depending on your job, you might also have "Home", "End", "Page Up" or "Page Down" or other keys located away from your "Home Row".

The Raise lets you configure the additional thumb buttons into high-frequency keys, so you will never have to move your hands from their natural position again.

To help our community identify its high-frequency keys and determine where they should be placed, we are developing a process.

So now that you've mastered the art of touch typing and configured your thumb keys to use the Raise to the fullest, what's next?